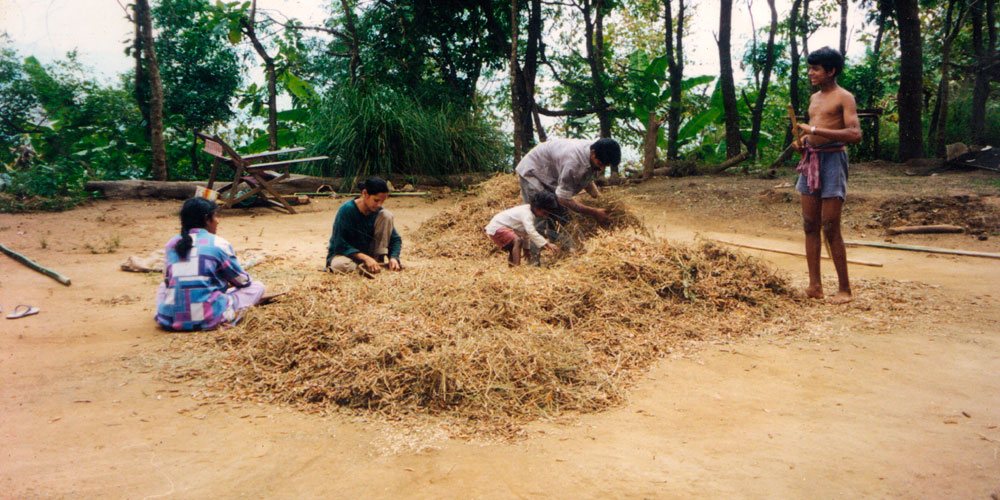 Harvest season – volunteers come to stay and learn farming techniques. The children at the school are included in all stages of farming regardless of age. In the picture,from left : Ranjini; a volunteer, Vijayalekshmi, Kannaki and Gautham

First Harvest on the re-generated soil 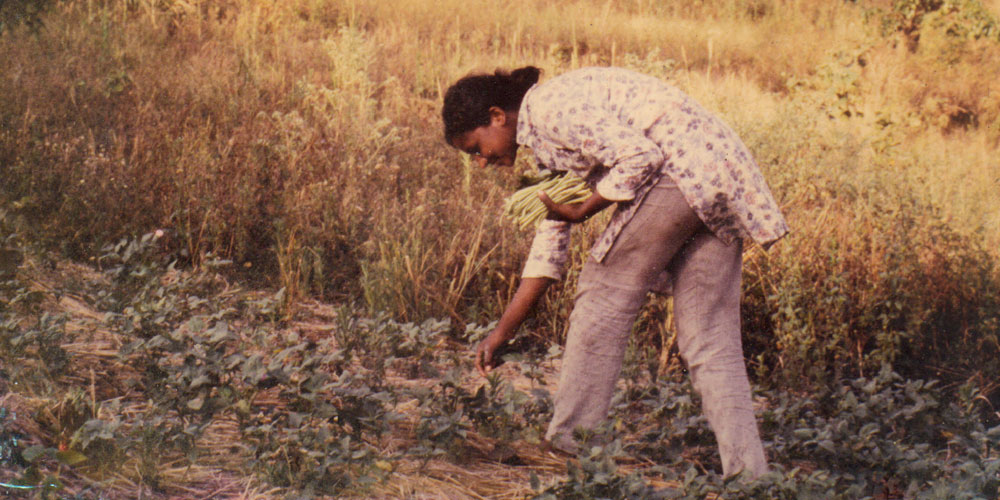 The barren land was turned into a fertile farm by a simple technique called mulching. The image shows the first successful crop of cow-pea being harvested. We chose cow-pea as it helps to enrich soil with nitrogen. 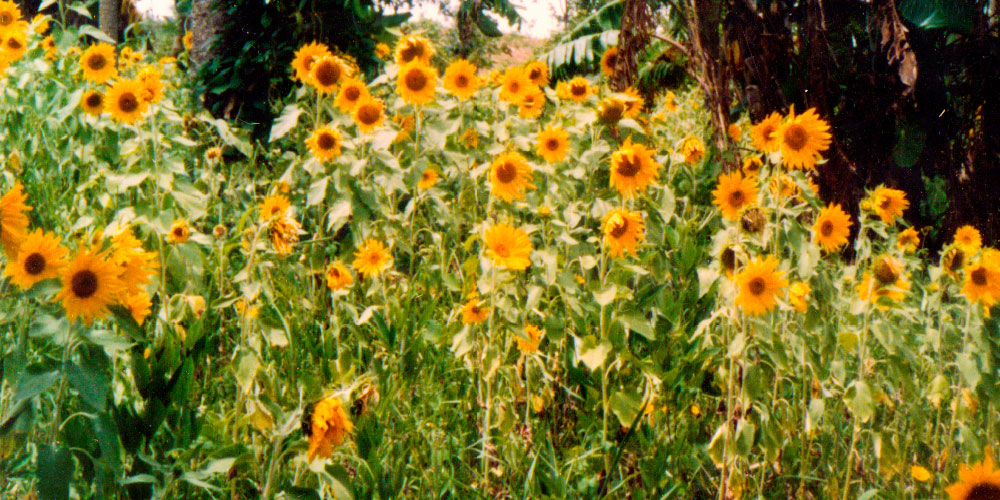 We found sunflower oil as an alternative to coconut oil until the climate becomes friendly for growing Coconuts. During the 90s we had enough cooking oil from these sunflowers. This was a step towards self reliance.