In 1982, Gopalakrishnan and Vijayalekshmi came to work as government teachers in Attappady region in Kerala, India. Attappady was once home to dense rain forests just like it’s neighbour, the evergreen Silent Valley, but it had been rendered arid by man’s over consuming activities. Seeing the man-made desert around them, they realized that watershed management, biodiversity conservation and natural farming were essential to the education system they envisaged. With this realization they searched high and low in Attappady for a suitable place where they could start their experiments. Their search was for a micro watershed area with degraded land without easy access from outside. They were also looking for potential to harness wind energy in the future. 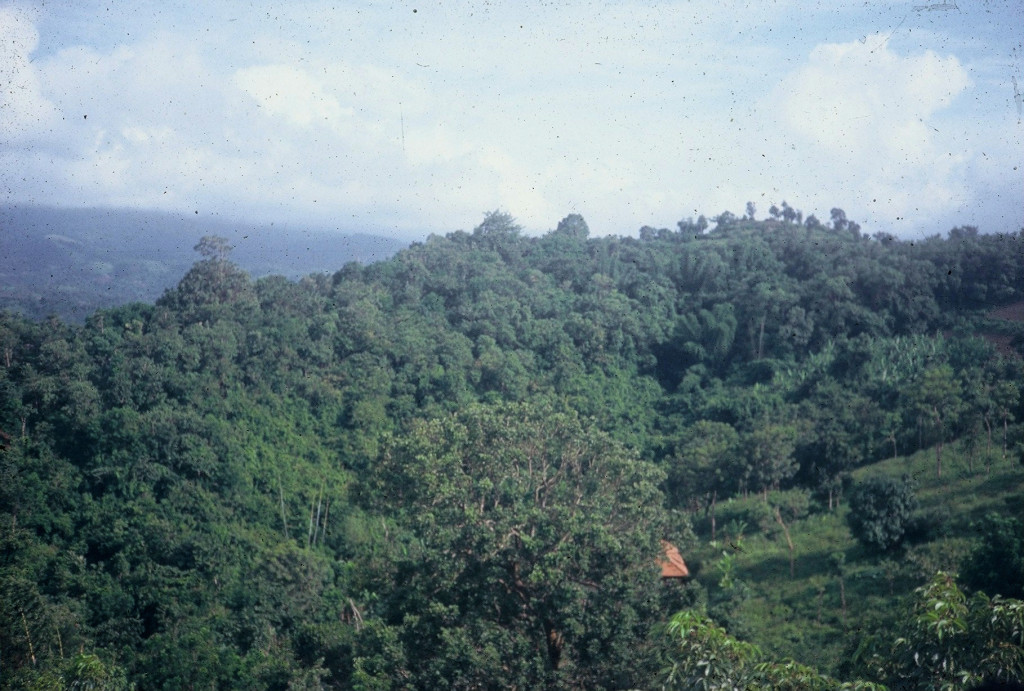 The land that they finally settled on was situated at about 800 m height on the slopes of three hillocks. It had been abandoned  due to denudation and erosion. Agriculture was impossible. The only source of water was drying up. Regeneration of the water source and ‘cultivation of soil’ became the prime priority. Several percolation pits were dug throughout the land to retain the rain water in the ground. Check dams were built to restrain the run-off of rain water through the valley. Bamboo was planted to prevent gully formation. The land was mulched using available biomass.

The neighbours were asked not to graze in the watershed, explaining to them the reason for such a request. The family guarded the land from poachers many of whom were caught red-handed and scared off. They had to face another problem, man-made forest fires. It was  a custom in the region to put fires during Shivrathri festival during the summer. Many a times they had to run out in pitch dark to put out fires. The Sarang family went to all corners of Attappady with slide shows raising awareness about the harms of forest fires. They also planted a live fire boundary on the land, a boundary of agave plants.

All these efforts slowly bore fruit. Grass became more abundant in the beginning. Later the grass gave way to small shrubs and trees. Gopalakrishnan and Vijayalekshmi did not plant more than half a dozen trees on their farm and once there was no human or animal interference, forests started growing naturally. Birds and wind helped to spread the seeds. The seeds sprouted and grew under the protection of the shrubs and small trees.

The water table of the valley rose as a result of retention of rain water by percolation pits, check dams, mulching, bamboos and afforestation. Six years later the dead spring was reborn! 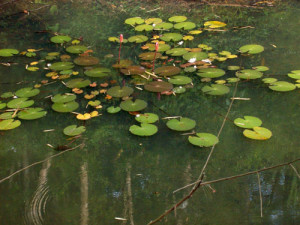 Malabar Flying Frog at the campus

Along the water channel, a riparian forest began to grow and even moss thrived in the valley. Many evergreen species put in their appearance. It was also noticed that species that had been long unseen were coming back to the area. This is true about Rhacophorus Malabaricus, an evergreen frog species and a particular fern plant growing in the valleys that had vanished from that area 13 years previously.

The rich biodiversity of the Sarang campus has not yet been fully documented and it would be a worthwhile effort to take up this work.

Sarang’s campus has been developed into a live textbook for Sarang’s dynamic curriculum. Here our children open their minds, eyes and hearts to nature’s wonders and live in tandem with it’s rhythm. The most important lesson they learn here is that man need not fight with nature in the name of development. Strengthened with these lessons let our children work towards cultivating sustainable energy from wind and water just as soil and water were cultivated.